Department of French and Other Foreign Languages

Department of French and Other Foreign Languages 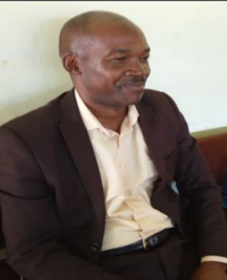 The Department of French and Other Foreign Languages is one of the pioneer departments of Maseno University College which was founded in 1990.


The department received its first cohort of thirty-five students during the academic year 1991/1992, with only one resident lecturer and several part-time lecturers. Despite the teething problems that came with the establishment of the department (such as insufficient academic staff, lack of appropriate resources), it steadily grew to become a point of reference in the foreign language domain across the country. This success was achieved due to the commitment and determination of the university’s management and the cooperation of the French Embassy in Kenya. In order to meet the need for academic staff development, the French Embassy in Kenya, in corporation with the University management has offered scholarships masters and doctoral studies and other training opportunities to members of the department, both within and without the country. This has seen the department grow in the number of qualified staff. The outcome of all this is that our department French today boasts of an academic staff of six members: five PhD holders and one PhD candidate. For more than 28 years now, the department has attracted an ever-increasing number of students in the undergraduate programs in French with the number of females always surpassing that of males in every cohort. Similarly, the number of students in the Bachelor of Education - French program has always surpassed that of those enrolled in the Bachelor of Arts - French program. Whatever the case, teachers of French and other professionals from Maseno University department of French have over the years been applauded in the job market. Whereas in 1991, the department had only a Bachelor's degree program in Education French, today the French taught in the department is more diversified and includes more courses in French for Specific Purposes. In view of the standardization of the LMD (Licence- Master-Doctorat) structure, our department organizes academic activities in three cycles. Two specializations are distinguished at the undergraduate level, there is now a Bachelor's degree in Education French and a Bachelor's degree in French Arts. Further to these, the department offers the Master ès Lettres and Doctoral programs in French Language. Other than academic excellence, the department has realized numerous victories through awards won by its students, especially in inter-university quizzes and debates organized by the French embassy and the Agence Universitaire de la Francophonie (AUF). Most recently, in 2019 and 2020, our own students took the lead in the inter-university French debates organized by AUF in collaboration with the French Embassy in Nairobi during the Francophonie weeks. 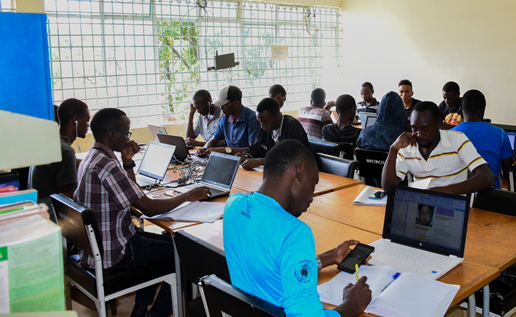