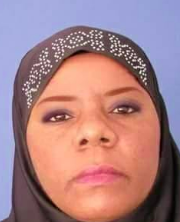 2006 “The Contribution of Muslim Scholars to Science” in Religion and Science, Nyaundi &

“No Idols in our Town” a paper presented in ACLAIRS Religion and Law Conference in Namibia 18th -20th May 2015.

“Towards a Gender Inclusive Kadhi’s Court”, a paper presented in a workshop in St, Paul University, March 2012.

“Curving a Political Nitche: Putting to test Christian-Muslim Relations in Kenya” ( Post Doctoral research paper, to be published by FIIRD